making witches, ghosts and pumpkins too... 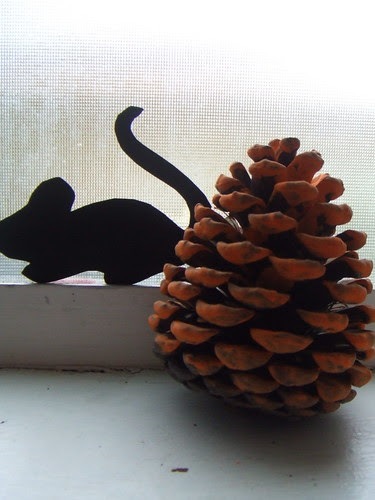 Wednesday Nat and I had our hands full making our own simple halloween creations. We began by making a few friendly ghosts out of coffee filters, black (chenille) yarn and drawing faces with a sharpee. 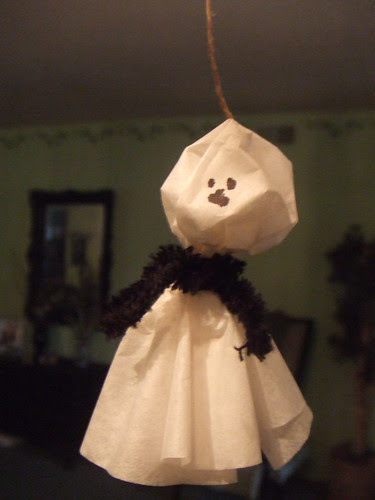 For the hanging ghosts, I just poked a small hole with a paper clip in the center of the coffee filter and slipped in the hemp string i used, knotting it at the end. Simple and quick!

Earlier in the month I had her paint a few rocks orange so we could make them into pumpkins. She only painted one side (but for standing rocks it looks better with both sides, even though ours still just has the one side!) and we waited for them to dry. I add little marks with a sharpee representing the grooves of a pumpkin and then we made the faces. After the faces were done, I used a heavy duty glue to attach little twigs for the stems. 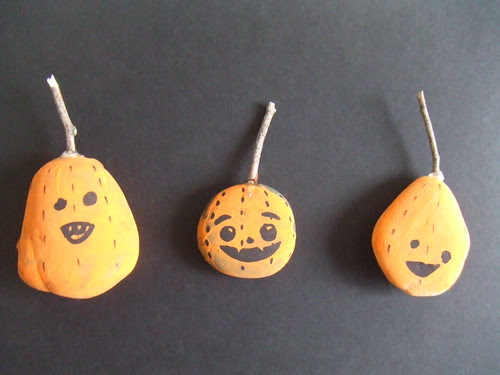 We had one big rock that she drew vampire faces on and I did the rest. She calls it the Vampire Family Pumpkin. 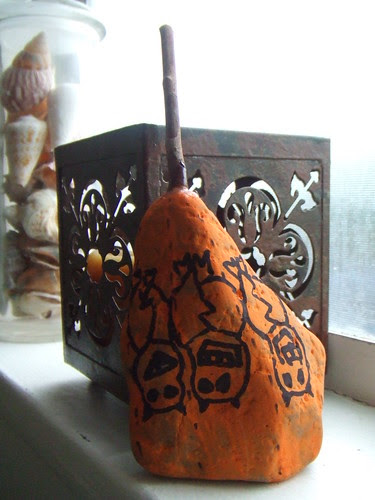 Natalie had a great idea to make some witches also using coffe filters. I had to think for a little while to make sure we could pull it off and I think we did. 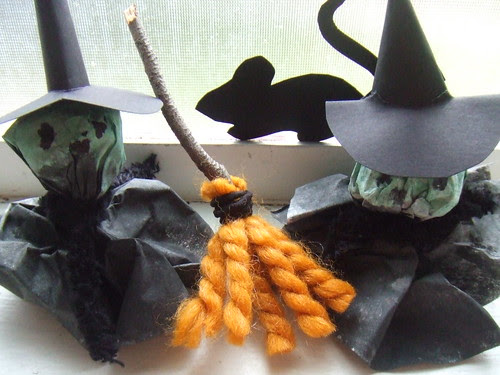 I first had her paint with watercolors a few coffe filters. She painted the centers green (for the face) and the rest black (for the dress). While letting them dry (she said they looked like vinyl records) I began making the hats out of black cardstock paper. I roughly made the conical shapes for the tops and used tape to seal but those with more patience and ability can obviously make them better ;) I cut out a few circle shapes for the brims, cut a hole in the center and pushed the conical shapes through the hole.

After the filters were dried, we crumble up pieces of papers for the head, put them in the centers and then I tied the filters with black yarn. Nat drew the faces (the crinkle of the filters make them look extra haggard) and I glue the hats to the tops. I took twigs, yarn and black hair ties to make the broomsticks.

The last witch we decided should be flying. I glued her to the broom stick making sure the filter dress surrounded the edges and pulled the string through hole at the top of her hat. 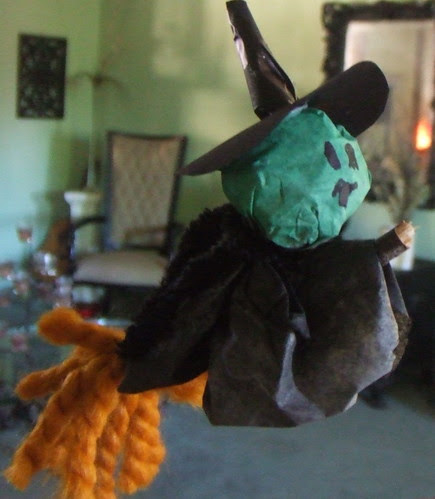 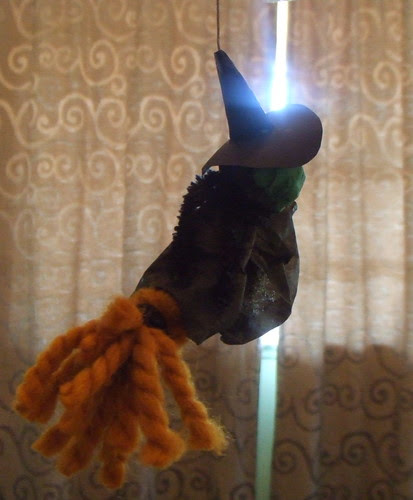 We were quite proud of our little creations and after I made another little witchy hat, Nat went to draw a face on our chalkboard pumpkin and we promptly put the hat on it!

Email ThisBlogThis!Share to TwitterShare to FacebookShare to Pinterest
Labels: a little crafty time, autumn is my favorite season, halloween delights, her artwork, what we did

Those litle rock pumpkins and coffee filter witches are DARLING!!!!!

These are so sweet. I love the little witchies esp. the flying one.
The vampire family pumpkin is so cute.
What great ideas and fun you had.

I love all you Halloween goodies!! Your witches are so cool!
I've bookmarked your blog and will come back when I have more time to enjoy... it looks lovely!
Blessings and magic.

I LOVE your homemade Halloween decor :) I thought of you too the other day...I went to a housewarming party and wrote my card on Little House Boy...I've been using my postcards recently and just love them so much ;)

WOW! These are all so cute. I really love the rock pumpkins. I just clicked over from The Crafty Crow to check them out.

thank you all!! happy autumn!

Playing by the book said...

These witches look so much fun! I've linked to your post from here:
http://www.playingbythebook.net/2010/04/05/witches-fairies-and-being-good-and-naughty/
Thanks so much for the inspiration!

These are so sweet and wonderful.
Happy Autumn dearest.
x

I just fell in love with your little witches! They're too cute!

I just linked to them from my site here:

Let me know if it's okay to link up like this in the future.

Thanks Rachel, for featuring the witches!! It's no problem to do links like this, as long as I know (I like to share it)! Thanks again!

what I am reading


Artwork & photos are my own, Copyright © Andrea Gutierrez, 2011. All Rights Reserved, unless otherwise noted. Please do not use without credit or for any use other than personal. Thank you.
♥